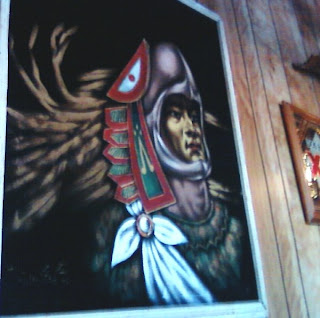 Most of All, Trust Each Other

“So history reminds us that walls can be torn down. But the task is never easy. True partnership and true progress requires constant work and sustained sacrifice. They require sharing the burdens of development and diplomacy; of *progress and peace. They require allies who will listen to each other, learn from each other and, most of all, trust each other.”

- Me, lots of times over a long period.

The Better Part of the US:

We have blundered miserably over the past eight years (and other blocks of time, but I gotta keep focused here).

As a group, when not acting as a mob (losing homes, pensions, taking responsibility for our support of an illegal war (not to mention sanctioning torture!) and, of course, having to forgo groceries for gasoline can be humbling experiences), we are capable of acting on principles and drives that run deeper than the desire for instant gratification. Nationally, repeatedly we show evidence of an ability to correct ourselves.

Thank good sense we're stepping up now and that democracy is an open minded patient.

Here is some refreshingly good thinking. Listen to and see Barack Obama's 07/24 speech in Berlin (about 25 minutes).

(Also, read about the dynamic behind our cultural self sabotage and recovery as it mirrors the struggle of the singular soul in this social psychology book written in the 1980's, "When Society Becomes an Addict" by Anne Wilson Schaef - oh my goodness, I just referenced the unhealthy dynamic Schaef identified during the Reagan years, I thought I was gonna keep focused here. Tsk).

*He spoke, "peace and progress" though he wrote, "progress and peace."
Posted by ojeano at 6:48 AM No comments:

For the Future Librarian

Your faith in saving
a fading cartoon picture
of a purple dinosaur
that definitely was not Barney
and your enduring hope for good as it was
disappearing into a whiter shade of pale blue
ink lightening to pencil grey
magically corresponds
(or corresponds magicality)
to the conclusion of a shared nightmare
from which we awake
with no alarm
eyes opening to a better day
and another
and the birds singing.
Posted by ojeano at 5:23 PM No comments:

Peace & Love!
Jeano
Posted by ojeano at 6:14 AM No comments: