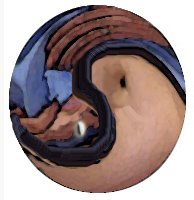 What if all the liars stopped lying? It would be great - wouldn't it - to trust implicitly all day long? Wouldn't it be dreamy to never have to put up your guard, never wonder whether what you saw was what you were getting? You could be sure of what people were doing because they'd do what they said they were doing and say what they meant. Now they might not always do what you wished they'd do, but at least they wouldn't lie about it.

But if all the liars stopped lying, it would be bad for the economy! The courts would be empty! All the lawyers and judges and social workers and psychologists would have to go play cards at the park. It would be even more devastating than if we were to stop using fossil fuels. See, at least if we stay dishonest and greedy and destructive, when we bring the world to an end, it won't hurt so much - cause we'll be glad to go!
Posted by ojeano at 10:16 PM