Peace as a Practical Objective 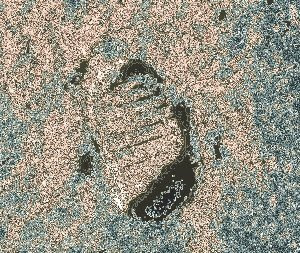 Looking at war from the perspective of the Conscientious Objector presents an odd juxtaposition of brutality and compassion. It's one thing to know in advance that one is not cut out for war, and another to realize this after participating. Conscientious Objection cannot coexist, at least not for long, with the self protecting dynamics a soldier needs to continue doing his or her job.

Soldiers of Conscience was approved by the US Army and is not one sided. It offers a grim look at how war makes us treat other human beings, acknowledges that the team of soldiers relies on disciplined agreement with each mision, and yet has a refreshing optimism about the possibilities for humanity if we refuse to use war as a problem solving tactic. The filmmakers, Gary Weimberg and Catherine Ryan, cite studies that show it is not dominant in our nature to kill each other. Have a look.

Note to those who say sometimes war is the only option: we must start early to prevent war. How about we start now preventing the next possible one?

We will keep stumbling and or running headlong into wars until enough of us stop. Learning not to resort to war, as a species, not just as Americans, is a long term training, but when better to begin?

A friend once said to me that as long as we have hostile people perpetrating aggression we will have war. I said when compassion among us becomes big enough that no one feels the need to act aggressively, we will have peace. I didn't make this up. Some of Earth's greatest heroes have been trying to get this through to us since forever. Here's the irony: it seems we need to be hit over the head with it. We have to be smarter.

One of the subjects in the film said people think the point of view of the Conscientious Objector is naive. He said, yes, maybe it is. But why is that bad? People were also called naive who said maybe someday humans could set foot on the moon.
Posted by ojeano at 10:52 PM